The robots are coming, and faster and faster. In Spain, the importation of industrial robots grew 6% in 2021According to the latest estimates of the Spanish Association of Robotics (AER). In the United States, the increase is even greater: the use of automata in industry rose 40% in the first quarter of 2022, according to a report by the Association for Advancing Automation, the US employers’ association for the sector. And it’s not that previous US figures were exceptionally low: in 2021 alone they had already jumped 22%.

The main reason behind this growth, according to The Wall Street Journalit is a shortage of workers that has pushed up wages and has been aggravated by absenteeism related to the Covid pandemic.

In the Spanish case, the increase figures for 2021 are conditioned by the low level reached during the worst of the 2020 confinements. That year, and according to estimates by the International Federation of Robotics (IFR, for its acronym in English), the installation of robots fell 15% and fell to levels not seen in six years.

Spain is the fourth European country by density of automated machinery

The automotive sector has traditionally been the main employer of robots in Spain and the one that has allowed the country to be among the top ten in the world for the density of industrial robots and to be fourth in the European Union (behind Germany, Italy and France). ).

According to Alex Salvador, president of the AER, the rebound in 2021 also has to do with the increased use of robots in the food and beverage industry, and in the manufacturing of tools and machinery. “Historically, five out of every ten robots installed in Spain went to the automobile industry, and now they are four out of ten, due to the increase in the relative weight of these other industries”, he explains.

According to the AER estimates, the Spanish food and beverage industry now represents 19% of the new industrial robots, a percentage similar to that of the sector of machinery and tool manufacturers, which is clearly an exporter. “The food industry exploded during the pandemic to cover drops in supply chains and produce an overstock, among other things because of the global panic due to lack of resources and food,” he says.

But the most notable growth figures are not in those industrial robots of factories and assembly lines, but in the so-called service robotics and, within this classification, in mobile robots. According to Salvador, the sale of service automata is growing at rates of 20% globally and also in Spain, where they are also manufactured (the vast majority of those for industrial use come from abroad).

Mobile and service robots are rising at even higher rates

This category of mobile robots includes the platforms that move the orders in the warehouse of amazon and the robots that measure the stock on store shelves to see if they need to be replenished, for example. “In the broader group of service robotics would be those automatons that accompany the elderly,” says Salvador. “Spain is a powerhouse in service robotics manufacturing,” he says. “A sector that is going to continue to grow at double digits throughout the world over the next ten years.”

More harvest and less chemicals. The next revolution in artificial intelligence (AI) is in the farm fields. In May, the company John Deere (in collaboration with the startup Blue River Technology) put 25 weeding robots to work in the fields of the Midwest and the Mississippi Delta, in the United States. Each of them uses 36 cameras to distinguish weeds and release the herbicide, in minimal amounts, only on them.

The largest 3D printing in the world. On the Yellow River in China, they have proposed to build a 180-meter-high dam without employing workers. The machines will take the materials to their exact location and it will be driverless bulldozers, asphalt pavers and road rollers that will build the dam layer by layer. According to Popular Mechanics magazine, “sensors on the rollers will keep the AI ​​system informed about the firmness and stability of each of the 3D printing layers.”

Uber begins to do without delivery drivers. The transportation and food delivery company announced in May the start of a pilot program in two California cities (Santa Monica and West Hollywood) to have autonomous vehicles transport food to its customers. According to the Reuters agency, it will do so with autonomous cars and also with robots capable of moving along sidewalks, developed by Serve Robotics.

Could a housing crash affect the broader economy? 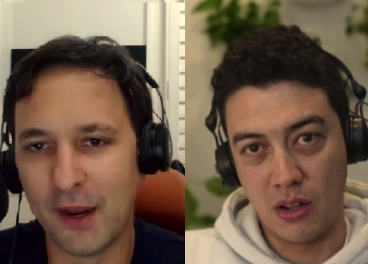